For the Want of 5 Grams

I finished the first sock for the Knitter's Curiosity Cabinet: Volume II KAL. It's very pretty. 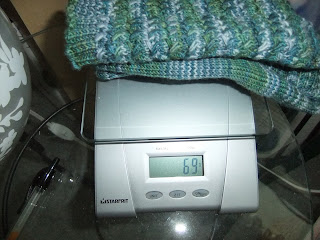 Guess how much yarn I have left? 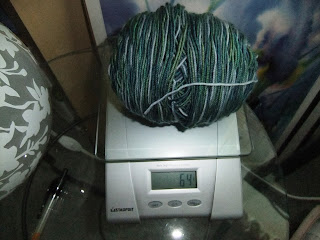 The sock, naturally, has been in time out since I saw this problem.

This was a complete skein of sock yarn with 360 yards. Granted, I'm used to skeins with 400 yards, but I always have a significant amount left over. Granted, this pattern is over 72 stitches instead of my usual 64, and it calls for slightly larger needles because the nature of the stitch pattern makes it less elastic than stockinette socks.

Okay, it's not surprising I ran out of yarn. That doesn't make it any less frustrating.

I was complaining about this to Katie, and she suggested that I rip out the first toe and then knit both toes in a second color. 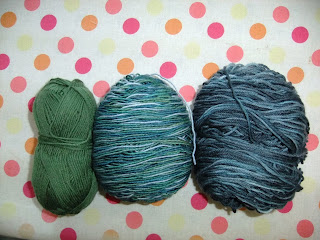 I'm leaning toward the green yarn on the left for the toes, but I think the blue on the right would work as well. Thoughts?